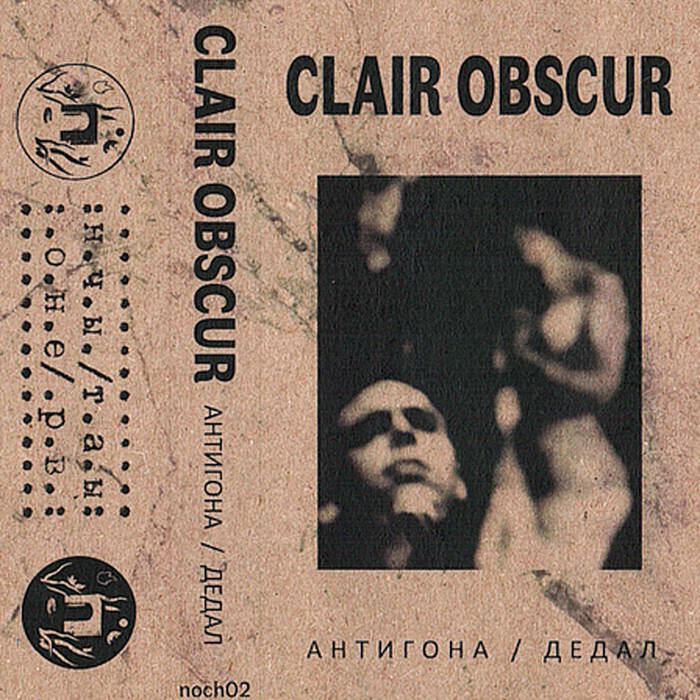 Clair Obscur is traditionally considered one of the main representatives of the French "coldwave" of the 1980's, but their heritage goes beyond any musical genre. This group could be called the punk incarnation of Ezra Pound’s maxim “make it new”. Founded in Creil, a small town near Paris, the musicians stunned the inhabitants of the capital with their rare performances, blurring the boundaries between acting and reality and questioning the strength of the art itself.
"Antigone" was written by Clair Obscur frontman Christophe Demarthe in 1989 as soundtrack for the theatrical performance of the Sophocles' tragedy. According to the author this work represents his own fantasy of what ancient Greek music could have sounded like. The record was released on CD in 1996, accompanied by the soundtrack for a radio drama production "The mythological adventures of Daedalus" (1994) and some bonus tracks. The second edition, also on CD, was released in 2008.
"Ночные травы" ("Night herbs") are proud to present the first official cassette edition of "Antigone/ Daedalus", dedicated to the 30th anniversary of the premiere of the performance on the stage of a Paris theatre. The cassette includes a six-panel booklet with information, photos and exclusive interview with Christophe Demarthe, a postcard and a sticker. Limited to 80 hand-numbered copies.

Bandcamp Daily  your guide to the world of Bandcamp

Featuring appearances from Kari Faux, Bluestaeb and and interview with NY-bred artist Wiki